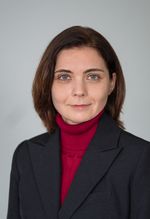 Benjamin joined AFNET in 2015 as a Project Manager, mainly responsible for the AXAFA-AFNET 5 and the NOAH-AFNET 6 trial. 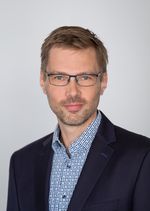 Emilia Czarnecki graduated in Linguistics from Paderborn, Germany, in 2010. After completing her Bachelor Degree she worked in the human resource department of a tour operator.

Emilia Czarnecki joined AFNET in July 2015 as a project assistant. Since then she has gained experience in conducting and managing clinical trials and works as a project manager for OCEAN and Smart in OAC-AFNET 9 now.

In addition, Emilia is responsible for human resources and public relations at AFNET. 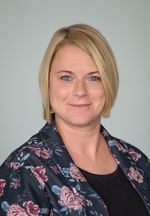 Sabine Jürgensmeyer graduated in Humanbiology at the University Marburg, Germany. After completing her PhD at the University Hospital of Muenster, she switched to the pharmacological industry and gained experience in the field of clinical research as a sponsor-dedicated Clinical Research Associate.

In 2004 she transferred to the position of Project Manager at AFNET and has been conducting various IITs (Flec-SL, ANTIPAF, BACE-Pace, EAST-AFNET 4) or clinical registry (AB-1). To date she is mainly responsible for the AXADIA-AFNET 8 at the AFNET. 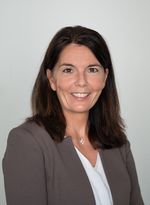 Since 2009 she gained experience in conducting and managing clinical trials in different positions (study nurse, clinical research associate and project manager) at the Center for Clinical Trials in Muenster, Germany.

In 2016, Annett Müller joined AFNET as project manager for clinical trials (CLOSURE-AF-DZHK16 and OCEAN). In addition, in 2017 she took over the position of the deputy quality manager. 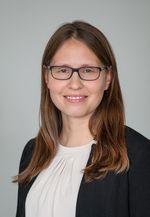 Annette Wewel graduated in biology from Georg-August-University of Göttingen, Germany. She has more than 14 years of work experience in international clinical trial management for phase II to IV clinical trials under regulatory aspects.

In July 2017, Annette Wewel joined AFNET as Project Manager and she works on the AFFECT-EU project.

In addition, she is responsible for regulatory affairs at AFNET.

Inna graduated in Biology from RWTH Aachen in 2017. After completing her M.Sc., she was able to gain some first experience as a QM&HSE project manager.

In order to transfer to clinical research, she completed a training on that field. In May 2021, Inna Miller joined AFNET as a project manager for clinical trials and works on the CMR-ICD project.

Beatriz graduated in Biochemistry at the University of Murcia, Spain. In 2008 she completed her PhD in Neuroembryology at the same University and moved to Cambridge, United Kingdom to work as a Postdoctoral Fellow at the Wellcome Trust Sanger Institute. After 5 years as a research scientist in the Genetics of Deafness department, she moved to London and changed to clinical research by working as Clinical Trial Manager in the Academic Department of Rheumatology at King´s College London for two years.

Beatriz joined AFNET In 2021 to work as a Project Manager, mainly responsible for the EU funded MAESTRIA - AFNET 10 study.

Arndt Sachs did an apprenticeship as a banker and graduated in economics from Münster University, Germany. 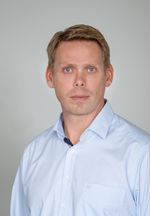 Magdalene Jambor passed her apprenticeship as an office manager in 2013 and in 2015 she added a degree in business management to it.

Since 2013 she gained experience in different positions such as frontdesk, school secretary and personal assistance. 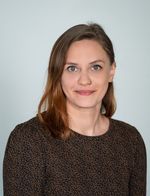 Simone Mähner passed her apprenticeship as a bilingual secretary in 2001 and came to clinical research as a career changer in 2005. Since then, she gained experience as a Project Assistant in several clinical trials, among others in the fields of ophthalmology, dermatology, stem cell therapy and ATMPs. 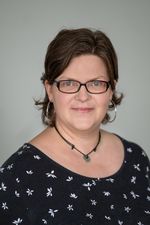